Do you know of a cartoon that is well designed to manipulate the minds of your children into godless sinners with a evil taste of Communism? That’s right fellows, it is The Smurfs! “The Smurfs” is a cartoon with many hidden satanic themes, and it is smuggled into the Saturday Morning cartoons that children like to watch. Like all the other rubbish in the Secular Media, The Smurfs is an abomination that must not go unchallenged!

You may think of the Smurfs as cuddly and child-friendly, but in fact, they represent demons! Don’t let the “cuteness” fool you. Do you remember how Spielberg used the “cuteness” of the alien in the movie, E.T., which in fact was actually a demon, and was used to mock and upset Christians by resurrecting himself when we know this only happens from Jesus, because of the Bible? The Smurfs, like E.T., are demons that represent a mocking of Christian Values, and this is exactly what Satan relishes!

For example, there is the undeniable resemblance of Communist Russia in the Smurfs. Remember “Papa Smurf”? He is the leader of the cult, and he bears many strong resemblances to Karl Marx. Papa Smurf has the same beard as Marx, and he is dressed in red to symbolize communism in Russia. Furthermore to the point, the Smurfs live in a closed market economy that relates to communism we see today in Russia.

There is also a presence of the KKK in the Smurfs. Papa Smurf, who leads the cult, wears red headgear while his followers wear white headgear.

The Smurfs also glorifies Nazism as shown in this picture below: 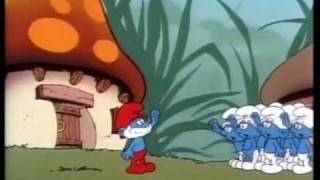 The Smurfs is also about Satanism, because the Smurfs worship an evil wizard by the name of Gargamel, and Gargamel provides the Smurfs with evil potions that are to be used for ungodly rituals. Gargamel also likes to make pentagrams as seen here: 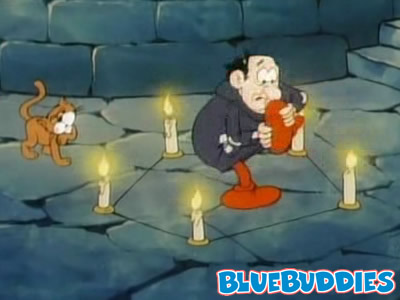 You can see other hints of Satanism in the cartoon: 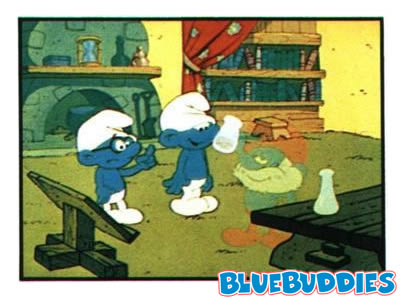 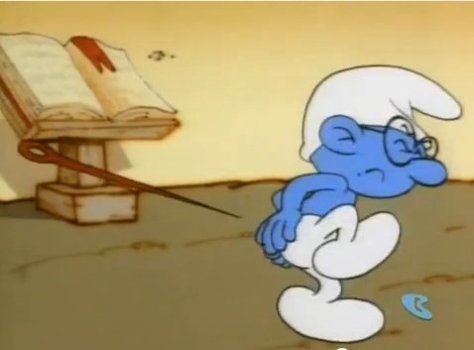 But what would God, himself, say about “The Smurfs”?

“Do not turn to mediums or necromancers; do not seek them out, and so make yourselves unclean by them: I am the Lord your God.” Leviticus 19:13

“And when they say to you, “Inquire of the mediums and the necromancers who chirp and mutter,” should not a people inquire of their God? Should they inquire of the dead on behalf of the living?” ” Isaiah 8:19

As Christians, it is time to save the eyes of our children for Jesus and stop them from being tainted by the devil. The cartoon symbolizes all the evils we have seen as a result of homosexuality, witchcraft, racism, fornication, believing in evolution, communism, the KKK, abortions, and other various sins. If we want to win the good fight against Satan, then we must unite and prepare to cut down the Evil Tree that produces these bad fruits. We also want to make sure our kids are cleansed in the blood of Jesus and become truthful warriors for God. It is time we unite in the name of Christ and cleanse the world of Evil!

41 thoughts on “The Smurfs are Satanic!”

We are doing the Lord's work!